Many managers claim that they can solicit employment on their client’s behalf. However, under the Code, managers can only negotiate employment agreements if done “in conjunction with and at the request of, a licensed talent agent”.
The primary role of an entertainment attorney is to protect his client concerning the legal aspects of a deal. As such, clients stand to benefit when they engage the services of a talent agent who has a law degree and has also practiced as a lawyer.
With regards to the art of deal-making in the current age, there are many different opinions as to how negotiations should be conducted. Some common principles espoused by talent agents in the relevant literature are:

-Always leave your adversaries’ dignity intact – you never know when you will be negotiating with them again.

-Only commence negotiations with regards to a project when you are certain that it will be a commercial/critical success.

-Know what your client’s walk-away point is.

-Studios negotiate according to precedent. Know how much they will bend/what they will be willing to pay.

-Form relationships with people who you will end up negotiating with. When there is trust and respect, a deal can often be reached that is fair and reasonable.

The emergence of reality programming has meant that TV series budgets are shrinking. Gen Y is using the Internet, mobile phones, etc at an unprecedented rate and this means that more and more advertising dollars are being directed toward these communication mediums. In addition to this, those watching TV are increasingly using technology such as TiVo to skip over commercials.

Studios and networks are attempting to expand the scope of required services from projects to include work for the Internet, video games, extended content, etc. Talent agencies need to be allowed to participate in the revenues generated by these ancillary areas.

Howard Stringer, the CEO of Sony, has already had his hands full trying to return Sony to profitability this year with buyouts, attracting investors, and marketing Sony as the one-stop station for entertainment. But now he is doing far more by being one of the most powerful men in entertainment.

Sony’s shareholders approved the restructuring of the management of the company that will effectively add leverage to the stripes of Stringer’s chairman and CEO titles at the Japanese entertainment and electronics giant.

Stringer, 67, is tackling a steep downturn in Sony’s core electronics business, which includes sales in TVs, cell phones, Walkman music players, Vaio computers, and other hardware like the PlayStation 3. The electronics slump led to the company’s first fiscal year loss in 14 years. Also, a downturn in consumer spending for each brand means less profit for Sony.

On Friday, Stringer told a room of 8,300 shareholders in Tokyo that he’s focused on bringing together Sony’s movie, TV, music, videogame, and businesses to develop more products and services for the digital age. We understand already that Sony is competing for a contract that allows films to be published through a specialized digital format through Internet purchases; they also want to expand their blu-ray brand. This will make Sony a premium brand in digital publishing for movies in the future and will revolutionize how people watch movies across the world.

“We’re working on profit recovery and growth strategy. That’s what we’re committed to,” Stringer said. This will include adding wireless connectivity to its devices; rivals such as Apple and Samsung have already benefited from implementing such a change. Sony wants to channel its products in the same direction as Apple in terms of the ‘I’ product range but advance it with digital media publishing. This will ensure that Sony will maintain its status as a big player in the entertainment business and leverage its market value for future products.

“In the 20th century, this company created great champion products,” Stringer told shareholders. “In the 21st century, other companies took our hardware like the Walkman and added network capability and turned it into the iPod. We are not going to be beaten again in the network age.”

Within the movie business, Sony Picture is one of the major players in Hollywood and other film corporations around the world, such as in Asia and Europe. They have produced some of the biggest movies, such as Angels and Demons and 2012. In terms of movies, Sony has maintained its position of being a major film production company and has the budget to produce anything.

“We have not finished,” Stringer said. “We have a long way to go.” This comment shows that Sony as a global business has to work on developing new ideas and products for the market that can positively impact the entertainment business. This regime will test Stinger’s ability to lead a company out of a recession and make profits for Sony.

This week’s widely reported rumors that Johnson & Johnson had made a takeover approach for UK-based Smith & Nephew shows that whilst we may have a new year upon us some things never change. The question is will this finally be the year that things happen?

Ever since the orthopedic market decreed that size does matter and that S&N just doesn’t have the scale to survive on its own globally, speculation has ebbed and flowed in time with the seasons about the company’s future. The latest rumors appear to be no different and all represent very plausible plots. Guessing the one that does happen is another thing entirely.

Leading the market rumor columns this week has been fever pitch speculation that J&J’s hotly-contested battle with Zimmer in the worldwide orthopedic markets has led to an opportunistic takeover approach for S&N that was swiftly rebutted by the latter. Denials of any dealings were formally issued by both management teams but that didn’t stop a market – thirsty for a megadeal deal to kickstart 2011 – from driving up S&N’s shares by over 10 percent in just one day of trading.

When the J&J rumor died down, it was time for another suitor to return from a hiatus – a possible offer from private equity-owned Biomet. This one at least has some traction. S&N almost merged with Biomet a few years ago but was outbid by a private equity consortium but whether the two companies would still want each other – and be allowed to do so – is a moot point. Medtronic is another party that has been named as a potential suitor, although they seem to be more focused on expanding their cardiovascular business rather than achieving sizeable growth in orthopedics.

And then there’s the hotly anticipated return of the private equity market, a sector that was so massively wounded by the credit downturn over the last few years. Billion-dollar bids have been relatively scarce in all markets, let alone orthopedics, but there are signs that investors are slowly returning to the fold. Could this be the deal clincher?

So why is S&N the focus of such unrelenting attention? Well for some of its rivals it represents a chance to secure market leadership or solidify their position as a worldwide player. For all its perceived faults, the company continues to record strong revenues from orthopedics, wound care, and endoscopy, and enjoys strong growth margins in both the US and Europe. It’s also shown itself to be highly resilient. Europe’s largest medical device group has survived the blow of losing out to successive battles with Zimmer and private equity groups for Centerpulse and Biomet, respectively, as well as the retirement of its talisman, Sir Christopher O’Donnell in 2007. It even sorted out the debacle of its Plus Orthopaedics acquisition intact.

In the cold light of the day, however, is this the right time to pounce on S&N anyway? Indeed, there are clear antitrust issues with most of the companies that have looked at S&N. It’s doubtful that either Zimmer or DePuy would be allowed to swallow S&N whole, whilst other companies like Stryker overlap S&N in areas such as Endoscopy and would face scrutiny too. With all the major orthopedic companies (including S&N) treading a fine line with authorities overselling practices in the industry is it worth tackling with authorities in both the US and Europe at this moment?

And the regulatory climate isn’t going to be as easy to negotiate as it used to be, particularly as UK observers have suddenly woken up to the comparative ease at which UK companies have been picked off by foreign predators. The UK government is under increasing pressure to make it a little bit harder for US companies to take over the remaining crown jewels of UK business. Already much of the gain in S&N’s share price over the five days since the media attention reached a fever pitch has been lost as reality sets in that it may not be a good time for a US company to swallow up another top UK company.

So whilst J&J may indeed have eyes on S&N it remains to be seen whether the two companies are on course for an inevitable tie-up. It’s probably more likely that if J&J does go for S&N it would be in a defensive manner – similar to the way it sought to defend its share of the cardiovascular market when it got involved with the battle with Boston Scientific for control of Guidant. In that case, J&J used its hefty cash resources to force Boston Scientific into paying well over the odds for the Guidant business and saddling its rivals with a hefty debt burden it’s still trying to shake off to this day. A far-fetched scenario? Well, anything can happen in the orthopedic industry, but it would certainly prefer to have S&N to itself rather than see a combined Biomiet/S&N or ambitious private equity group emerge as another major rival.

All this is itself speculation and shows that, as far as S&N is concerned, anything could happen and the story finale is still to be written. One can’t help but feel that the well-thought-out plots of the speculators, whatever they may be, will turn out to be half as exciting as the actual ending. It certainly shows that being an S&N shareholder is not an uninteresting past-time and that such speculation will keep on occurring, whatever the denials that are issued. 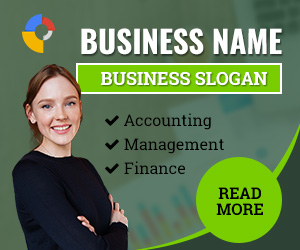